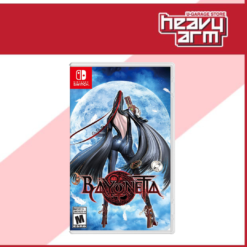 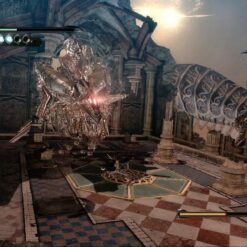 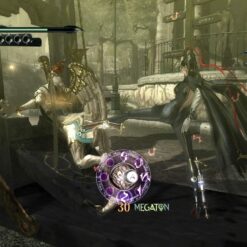 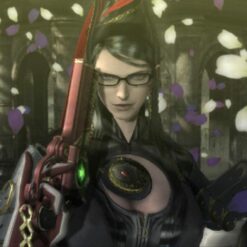 Things are about to get physical. A physical version of the first Bayonetta™ game—previously digital only— is releasing for the first time on a Nintendo system in North America! Bayonetta is a butt-kicking, havoc-wreaking witch, and she’ll shoot, slam, and slice angels as she uncovers the truth about her own past. Her weapons and moves are all stylishly over-the-top, but she can also dodge attacks to slow down time and inflict Torture Attacks on her enemies. Who is Bayonetta? Bayonetta is a fashionable and foxy Umbra Witch who, after being asleep at the bottom of a lake for 500 years, awakes with no memory of who she really is. As Bayonetta, punish the unrelenting armies of angels that come after you with deadly devices, evade and mesmerize them with Witch Time, and use Wicked Weaves to summon Infernal Demons to send them back to their maker! You can even dress up in four Nintendo-themed costumes—Princess Peach, Princess Daisy, Link, and Samus Aran.